Musea Maaseik collect, research, and display objects that illustrate the historic heritage of the Meuse region of Belgian Limburg. The collections and the exhibitions in the museum galleries are arranged according to our three main focus areas: archaeology, pharmacy and art history, including the history of religious art.

Some of the objects in the archaeological collections come from archaeological excavations, while others were discovered by chance. Items include pottery, stone tools, metal pins, wooden moulds and more. A number of the collections were assembled by Maaseik’s former municipal archaeological service. Objects come from the wider region of the Belgian Meuse valley and Bosbeek valley (Kempens Plateau), and date from the Middle Palaeolithic period (approximately 35,000 to 250,000 years ago) to the 16th to 18th centuries. A selection drawn from more the than 11,000 objects in the collections of the Musea Maaseik are on display in the Regional Archaeological Museum.

Major archaeological discoveries and collections have come from many locations, including:

This collection consists mainly of objects and collections of pharmaceutical heritage that have been acquired through private donation. The majority of objects originate from Maaseik and environs. The heart of this collection, which is more or less permanently on show in the Pharmacy Museum, belonged to the former Maaseik pharmacist Guillaume Van Venckenray. Additional objects have come from Namen, Susteren, Valkenswaard and a pharmaceutical laboratory in Tienen. Together with furnishings from the former pharmacy on the Markt in Maaseik, they tell the story of how pharmacy developed in the Low Countries.

Many objects in the industrial collections can be viewed via Erfgoedplus and Europeana. 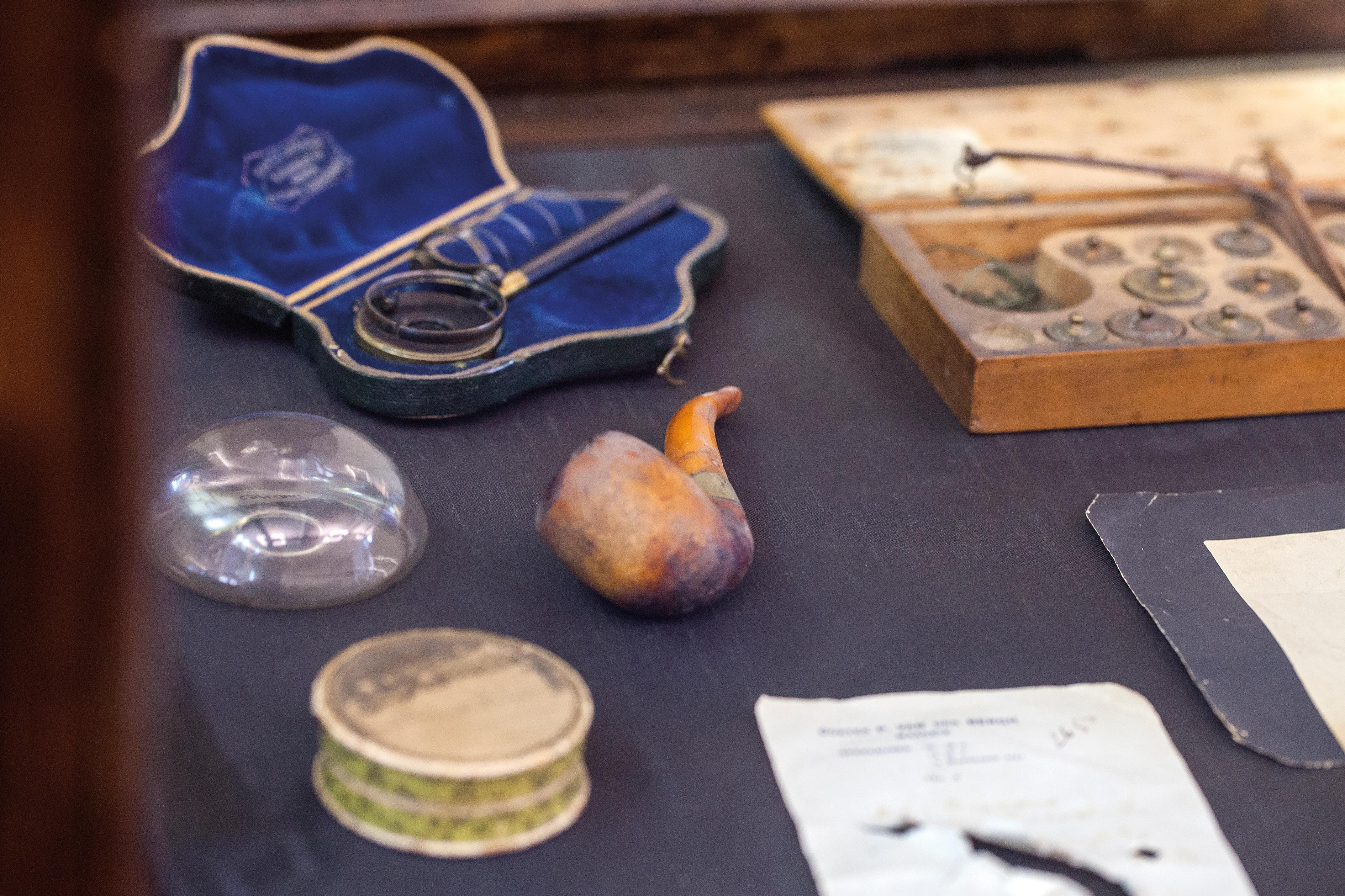 The origins of the art history collection lie in religious history. At its heart are the objects in the Treasury of Saint Catherine’s Church, which originated in Aldeneik and have been present within Maaseik’s city walls since 1571. The Treasury is comprised of textiles, reliquaries, manuscripts such as the Codex Eyckensis, certificates and liturgical silver from the Early Middle Ages (7th and 8th centuries) to the 19th century. The majority of these, including a large number of objects that the Flemish government has designated as being of major importance, can be seen in the Treasury of Saint Catherine’s Church. The personal possessions of the Ursuline Sisters, who lived in the former Franciscan Friary in Maaseik from 1837 to 1988, comprise a religious element the art history collection; this collection is currently in the depot.

The ivory collection occupies a special place in the collection. Most of these objects, which were donated by J. Gielen, are works created in ivory by Maaseik resident Pieter Geuns (1736-1776), a ‘scientific magnetist’ and creator of tools for fine ivory work. This collection was the basis for the first museum-style presentation in Maaseik in the first half of the 19th century. Today it can be seen in the Regional Archaeological Museum.

The art history collections can be viewed online in the heritage databases Erfgoedinzicht, Erfgoedplus and Europeana. 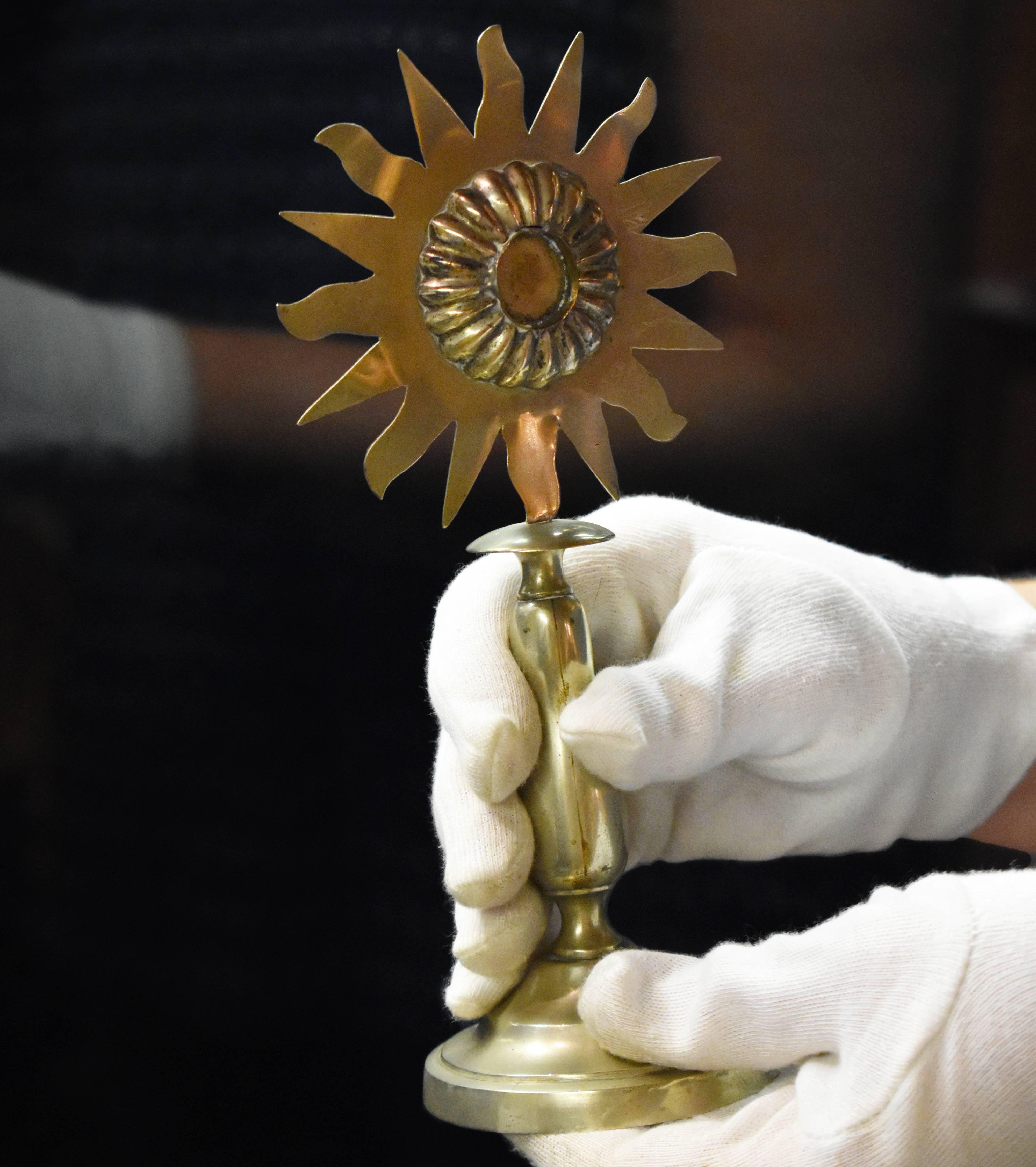 The collections of the Musea Maaseik are collated and distributed according to a careful collection policy and related procedures, and a number of criteria apply with regard to gifts, loans and purchases. If you have an object or collection that you think may be of interest to the Musea Maaseik, please contact museum staff via musea@maaseik.be for more information.

Getting started with the collections

The Musea Maaseik are committed to preserving their collections as safely as possible for current and future generations. This includes ensuring that collections are always handled in the most appropriate way, from storage in a specially designed depot with constant temperature and humidity to packaging in acid-free materials. When damage does occur, the museums facilitate conservation and restoration projects. Much of the work that takes place behind the scenes consists of archive inventory tasks for the recording and preservation of information.

The aim of the Maaseik Museums is to make our regional heritage available and accessible to as large an audience as possible. To this end, the museums present objects from the collections in permanent exhibitions as well as temporary exhibitions. Collections undergo scientific analysis by museum staff as well as external institutes and researchers, with findings revealed to the public both in the museums and online. 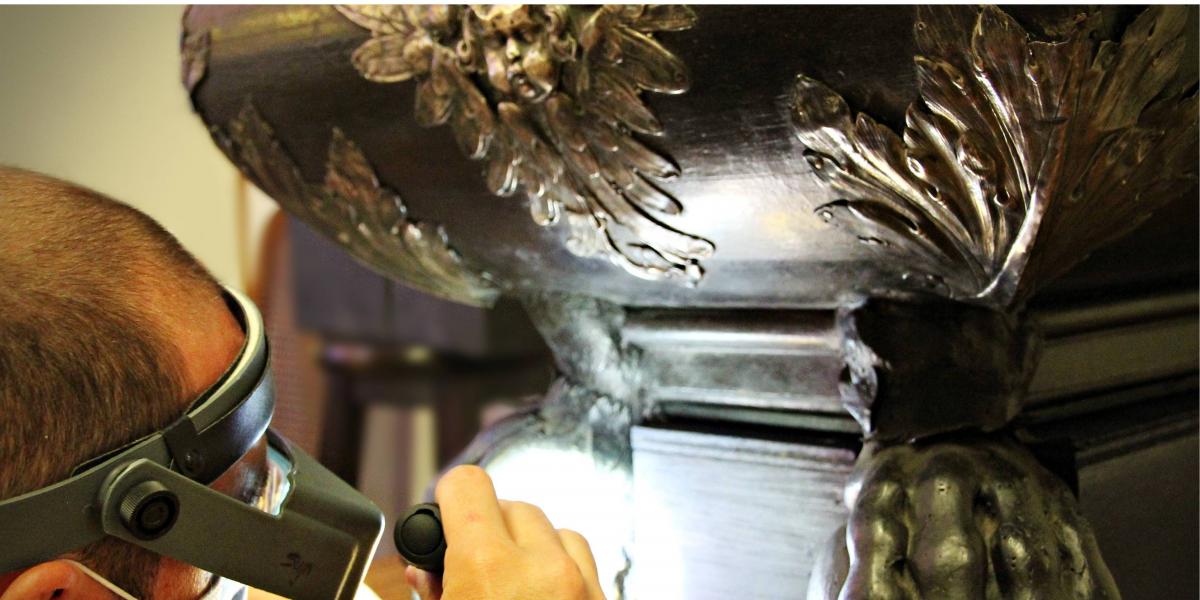 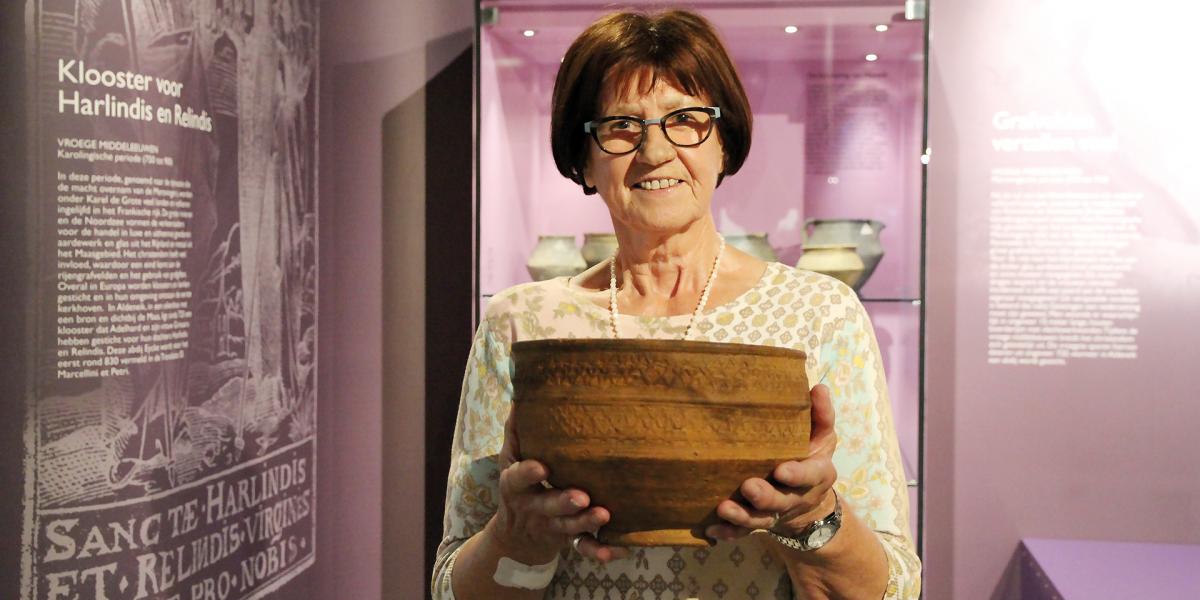 Manage your cookie preferences here, you can change these settings with the cookie settings link in the footer.

Opslaan Accept all and close